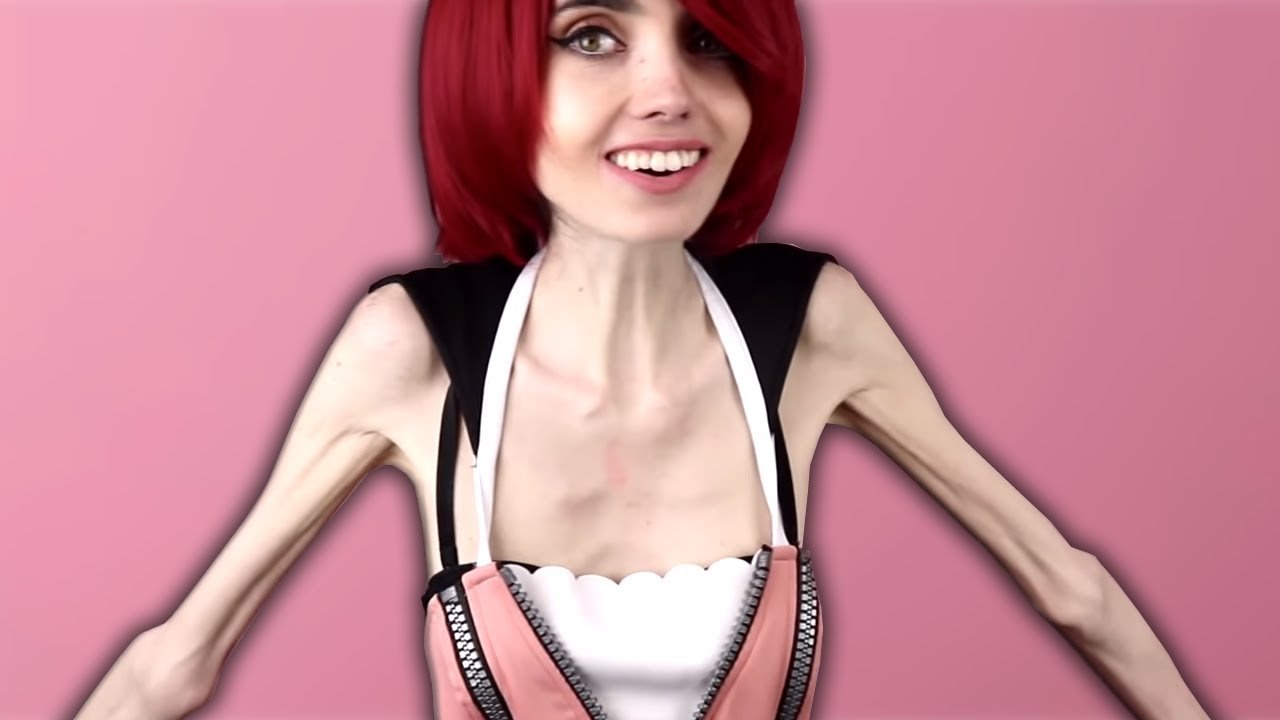 Top 10 Shocking Things Your Child Is Watching On Youtube

“YouTube is not a site for people under 13,” YouTube spokesman Farshad Shadloo told the Washington Post.[1] Perhaps not, but kids programming is the most popular category on the platform. In fact, four of the top five US channels feature kid content.[2]

In a USA Today article, YouTube was quoted as saying, “If you are under 13 years of age, then please do not use the service. There are lots of other great websites for you. Talk to your parents about what sites are appropriate for you.”[3] 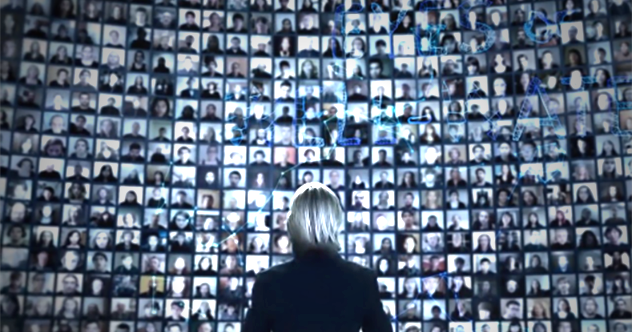 Even during a time of mandatory separation, music has the power to bring people together. Amid the distancing and loneliness that COVID-19 has thrust upon us, music lovers from around the world are finding hope and comfort in amazing music video collaborations.
10 We Are the World
More than 70 members of the Long Island music scene united to create “We Are the World 2020 — The Quarantine Mix, Long Island.” They joined forces “to bring a little hope and healing to New York and the world during... 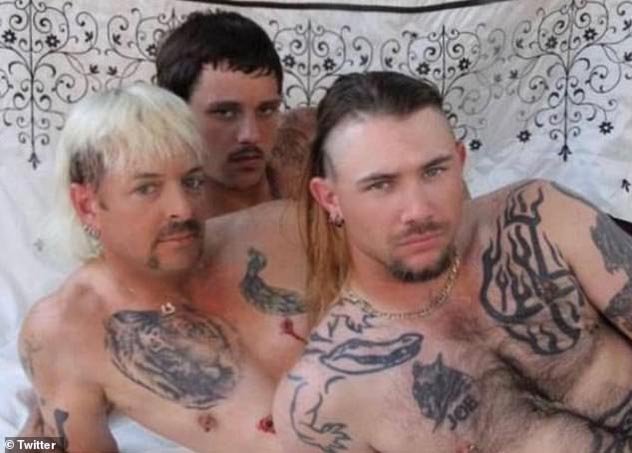 8 Of The Most Bizarre Tiger King Revelations

Thanks to Netflix, COVID-19 stay-at-home orders are a little more bearable. On March 20, 2020, the uber-popular streaming service released Tiger King: Murder, Mayhem, and Madness, and the world hunkered down for its next binge-watch.

Tiger King features Joe Exotic, founder of Greater Wynnewood Exotic Animal Park (aka, G.W. Zoo), who is now serving 22 years for a murder-for-hire scheme. He was also found guilty of falsifying wildlife records and for violating the Endangered Species Act at his ... 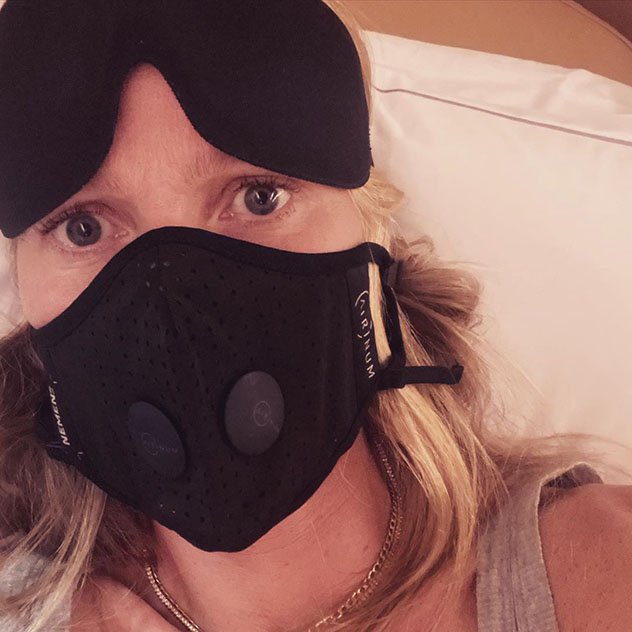 The coronavirus is impacting every person on the planet: wealthy or destitute, famous or unknown. Can mankind truly unite in its terror and suffering? While it’s nice to hope that a crisis as horrific as COVID-19 can bring the world together, it may make our differences all the more obvious.

Doctors, first responders, all healthcare personnel are putting their lives at risk every day to help those sickened by this unforgiving virus. Grocery store and delivery workers are leaving the safety of... 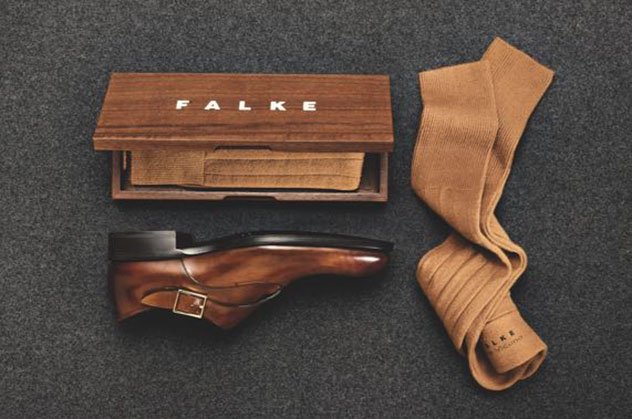 One might think that sporting an Hermes Birkin, Louboutin pumps, and a pair of Ray-Ban sunglasses is super-classy. But these iconic fashion riches pale in comparison to the world’s best. If you had all the money in the world, would you consider buying the most-expensive hat, handbag, or underwear ever made? While you’ve been busy struggling to afford toilet paper, here are the delights that the bankers, CEOs, celebrities, and politicians have been enjoying. 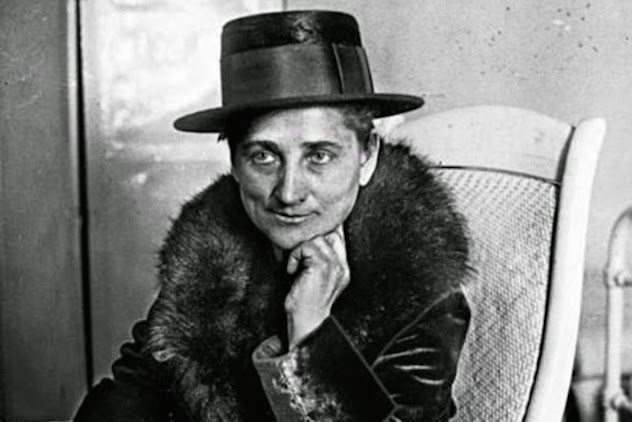 Do women commit murder for different reasons than men do? In Lifetime movies, they kill to escape abuse, for revenge, or to cash in on a big life insurance policy. But for these real-life female serial killers, the motives are far more sinister.

The Motive: Test Her Voodoo Superpowers

In 1911 and 1912, brutal ax killings were terrorizing Louisiana. Entire families were slaughtered while they slept, and horrific, bloody crime scenes were left behind. A young African-Ameri... 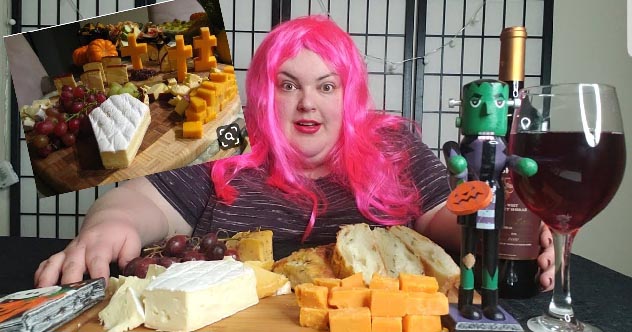 In December 2019, Perry collaborated with mukbangers Stephanie Soo and Zach Choi (Nos. 8 and 1 on our list). Days later, Soo posted, “Why I am Scared of Nikocado Avocado.” Detailing Perry’s “abusive” behavior, it has been viewed nearly 10 million times. Soo’s cancel video instigated a series of back-and-forth videos between the two mukbangers. Fans overwhelmingly sided with Soo against Perry.
Zach Choi is a superstar among mukbangers. He’s the exception on this list as his reputation is that ... 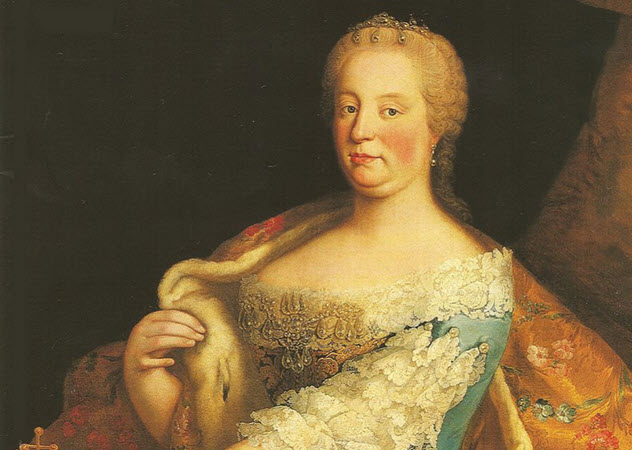 Social media outlets are filled with side-by-sides of a thin Barack Obama next to his not-so-thin successor. But President Donald J. Trump is not the most overweight president that the United States has seen, and he’s a lot smaller than past leaders from other parts of the world.

Here, we take a look at some of the most obese political figures in history (politely sorted by year of birth, not by weight).

Kublai Khan was the fifth Great Khan of the Mongol Empir... 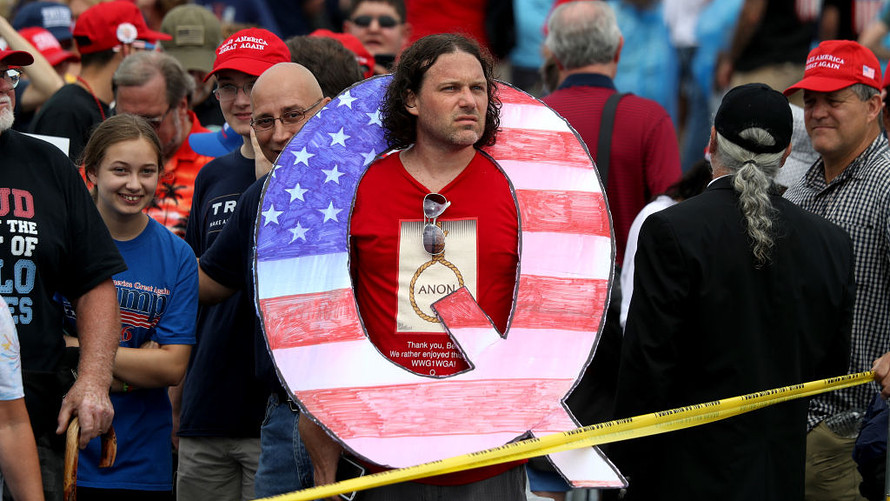 Top 10 Things You Need To Know About QAnon

Conspiracy theories are nothing new, but the way these theories evolve and spread is changing. Take QAnon, for example. QAnon is a series of mostly right-wing ideas surrounding the deep state and its plan to destroy the Trump presidency to protect the Clintons, the Democrats, the media, and the billionaires who control them.
It got its start on 8Chan (the bigger badder brother of 4Chan) which has now re-opened as the new 8Kun after 8Chan was forcibly shut down when it was discovered that Bren... 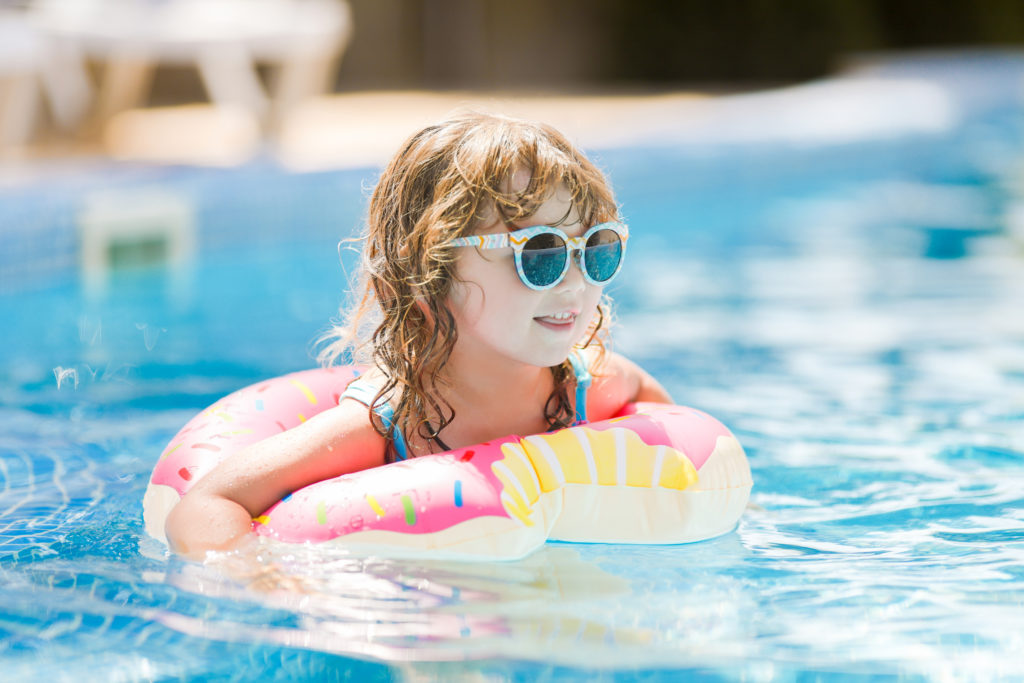 Staying Liability-Free by the Pool

Nothing brings families and friends together like a backyard barbecue by the swimming pool, but it’s also one of the greatest financial and legal risks a homeowner can take. When swimming pool ownership responsibilities are not taken seriously, personal injury or wrongful death can be the tragic result. Protect swimmers from harm and yourself from liability.
Swimming Pools are Dangerous
According to the USA Swimming Foundation, 148 children under the age of 15 years drowned in swimming pools ... 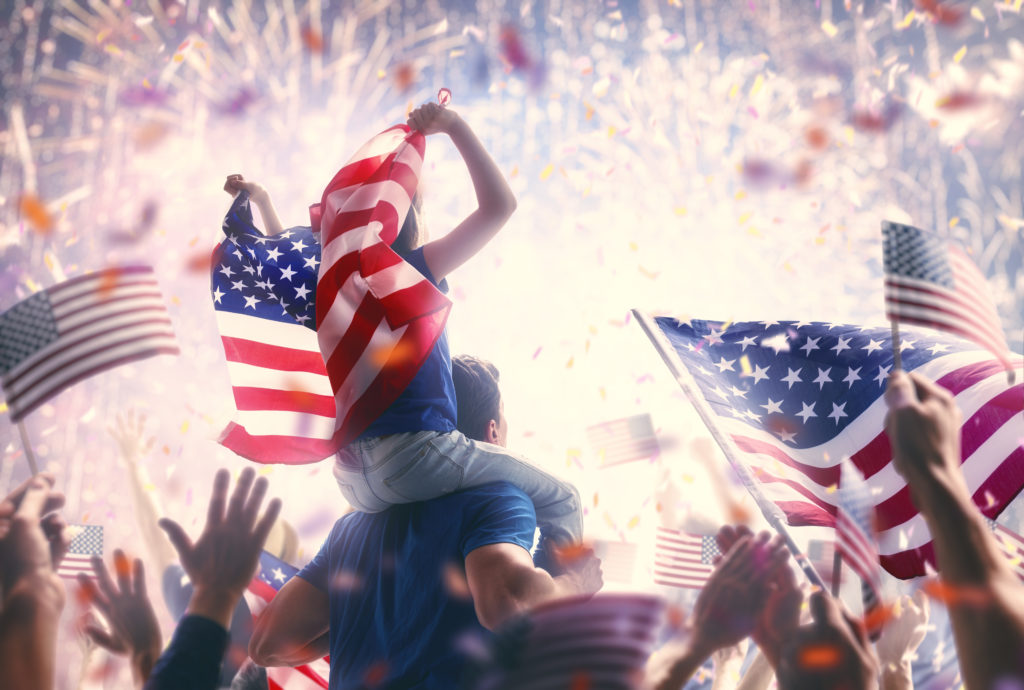 Fireworks: Are Explosives Legal in Your State?

Fireworks, also known as explosives, are legal in most states, but legal does not mean safe. When caught up in Fourth of July festivities, it’s easy to forget just how dangerous fireworks can be. Here’s what every American needs to know before lighting that fuse.
Fireworks Injury and Death Statistics
In January 1984, Michael Jackson suffered second-degree burns while filming a multi-million dollar Pepsi commercial. A special effect smoke bomb reportedly misfired and set Jackson’s hair on fire...

New York has introduced new legislation to provide free and optional ID cards for people with autism spectrum disorder (ASD). Connecticut lawmakers have proposed a similar bill that would enable individuals with autism to receive a special driver’s license. The new laws alert law enforcement and first responders to the fact that someone has autism, but is legislation enough?
Not an entirely new idea
“Autism ID cards were first developed by private organizations in an attempt to compensate for... 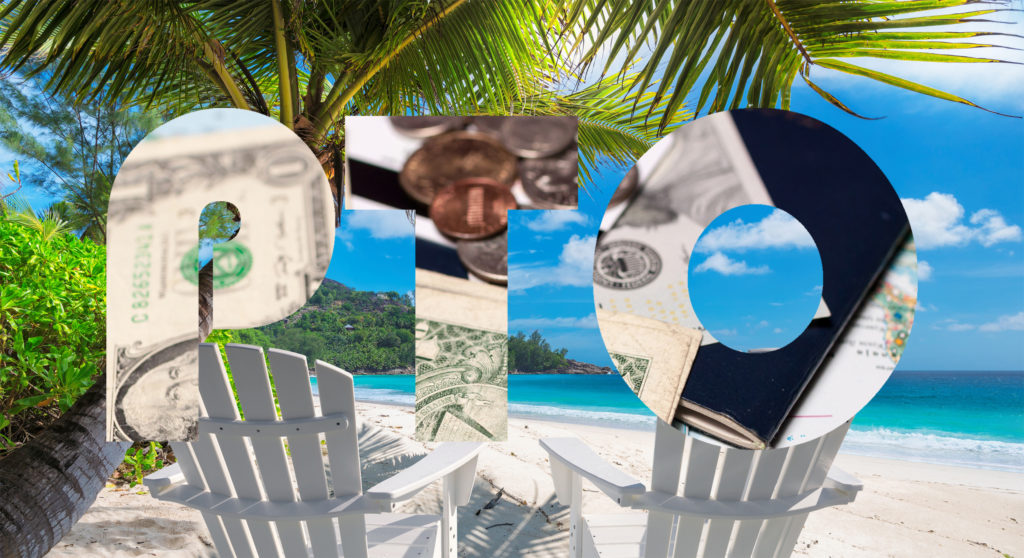 In January 2019, BuzzFeed laid off more than 200 workers across the nation. The way they approached the layoffs infuriated many of the workers and shined a new spotlight on paid time off laws in the U.S.
BuzzFeed Has the Law on Its Side
Paid time off (PTO) statutes differ dramatically from one state to another, and that’s where BuzzFeed felt the heat regarding its layoffs. Some states, like California and Montana, require companies to pay out accrued PTO as earned wages, but most states do no...

Pick Your Preference From The 2019 Colors Of The Year

It’s that exciting time when major paint players announce their Colors of the Year. For 2019, there’s a departure from the bright, arresting colors of recent years toward muted, understated shades. Color experts describe their versatile selections as “happy” and “peaceful” in an era of uncertainty and unease. Find out how to incorporate one (or all!) of 2019’s stars into your next project.
Night Watch by PPG Paints®
Is it black or is it green? PPG’s Night Watch PPG1145-7 is a magnificent blen... 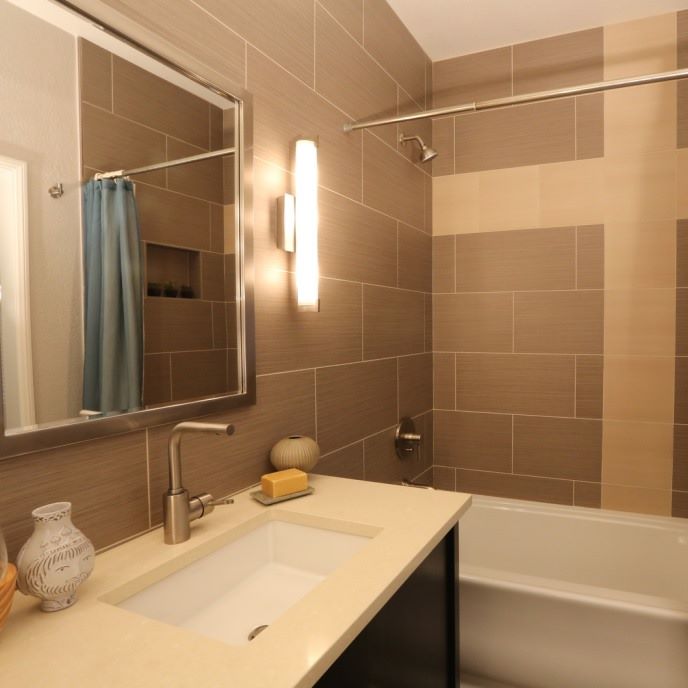 The Affordability Of Tile: Factors That Set The Price

The goal of any design is to create a space that is visually pleasing and within budget. Fortunately, beautiful, versatile tile is a long-term, cost-effective investment for both residential and commercial building and renovation projects. There are as many tile options as there are budgets – it all comes down to understanding how tile prices are determined.
Tile Types
For every price point, there are a wide array of tile options. Porcelain tile, for example, runs the gamut from very economic...